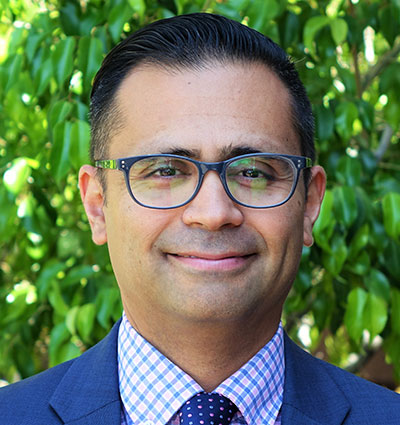 November 1, 2017 (Los Angeles) – Bet Tzedek has named Diego Cartagena as its next Vice President, Legal Programs, making him the most senior attorney in the firm. Mr. Cartagena assumes the position vacated when Gus May ascended to the bench of the Los Angeles Superior Court in August. Mr. Cartagena will report directly to CEO Jessie Kornberg and manage the continued growth of Bet Tzedek’s community services.

Mr. Cartagena has focused his entire legal career on addressing issues of access to justice.  As a former Equal Justice Works Fellow and Teen Advocate with The Los Angeles Center for Law and Justice’s Teen LA project, Mr. Cartagena helped give low income teen mothers and fathers a voice in court by providing them with legal advocacy and outreach in the areas of family and immigration law.  He then went on to serve as Pro Bono Director for The Alliance for Children’s Rights, while simultaneously serving as the agency’s Probate Legal Guardianship Program Director. Since joining the Bet Tzedek team in 2012, Mr. Cartagena has served as Bet Tzedek’s Pro Bono Director. Under Mr. Cartagena’s direction, over 1,000 volunteers donate more than 60,000 pro bono and volunteer hours to Bet Tzedek annually.

Mr. Cartagena has been the critical force behind Bet Tzedek’s Rapid Response/Family Preparedness Program. Launched in February of 2017 as an immediate response to the Department of Homeland Security’s Deportation Surge, which targets the deportation of millions of undocumented immigrants previously deemed low priorities for removal, the Program aims to provide safety and stability to the estimated 250,000 U.S. citizen children in Los Angeles whose parents are undocumented. Under Mr. Cartagena’s leadership, Bet Tzedek staff and pro bono volunteers have assisted more than 1,500 families through over 60 workshops and know-your-rights trainings, and reached an additional 20,000 through online platforms.

The organization is hiring a Pro Bono Manager to manage day-to-day pro bono department work. A full job description for that position can be found here.

Copy of full release can be found here. All media inquiries should be directed to Allison Lee, Vice President External Affairs, alee@bettzedek.org or 323-549-5813