Thank you for joining us! We look forward to seeing you at our event on June 15th, 2022.

Home Safe Programs: What You Should Know! 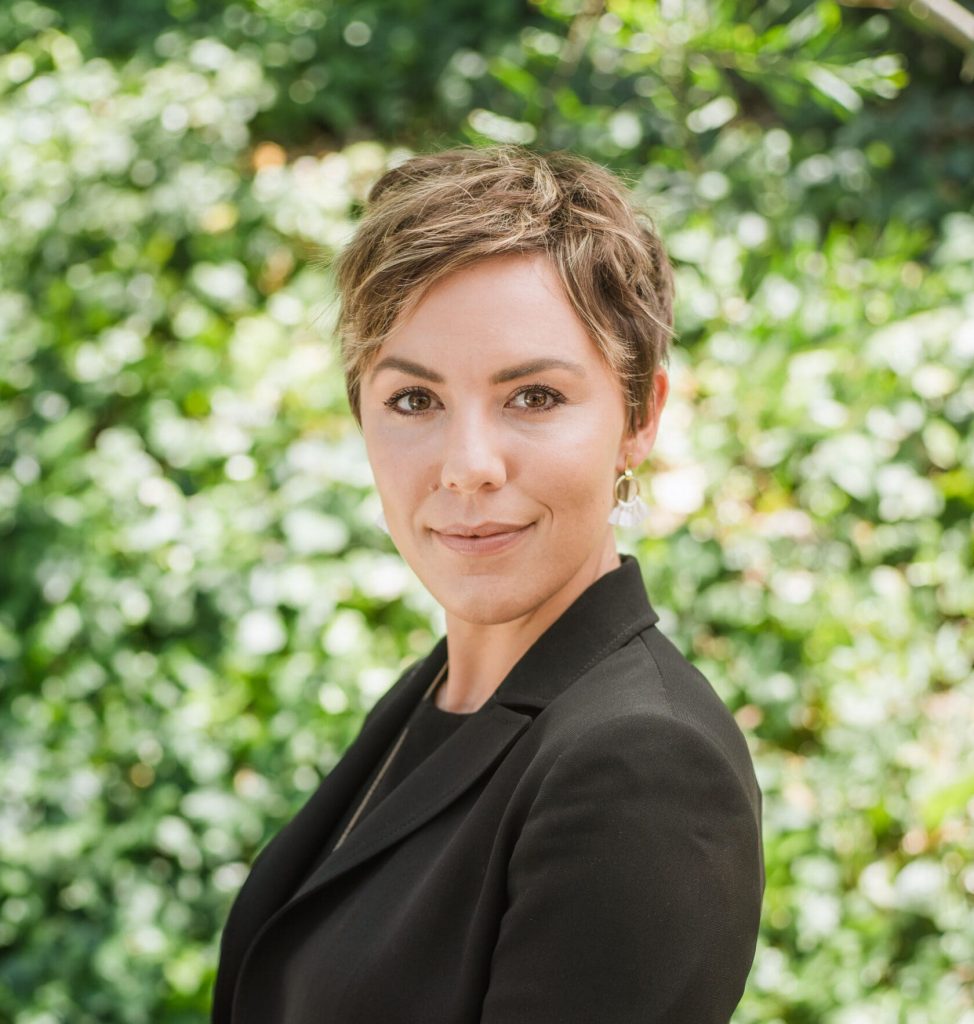 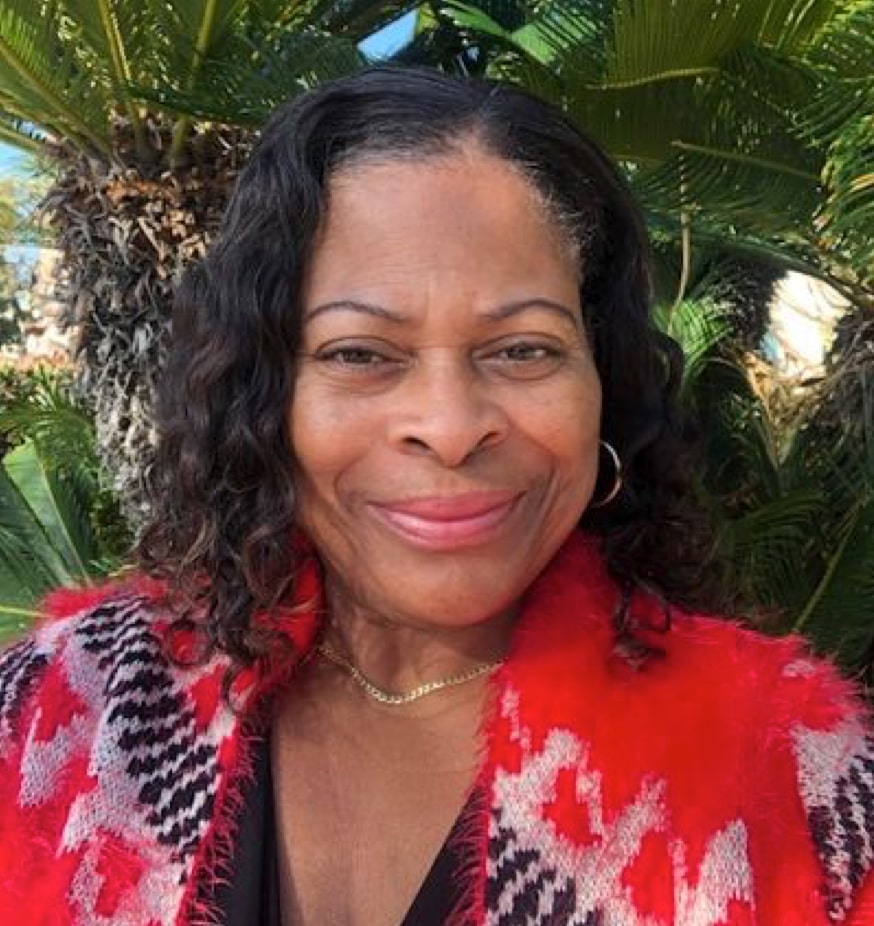 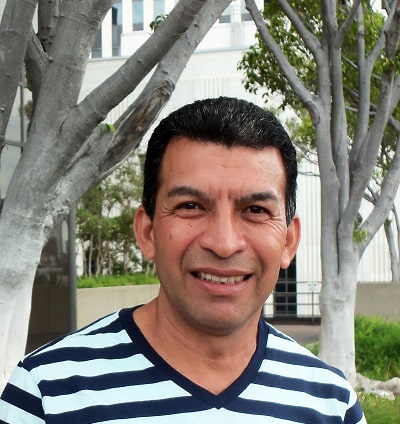 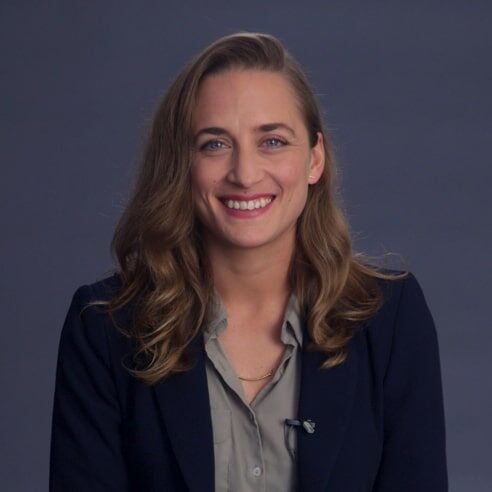 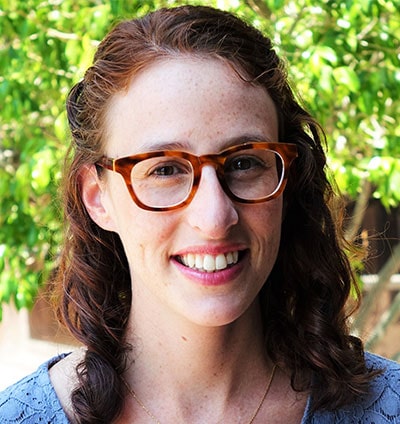 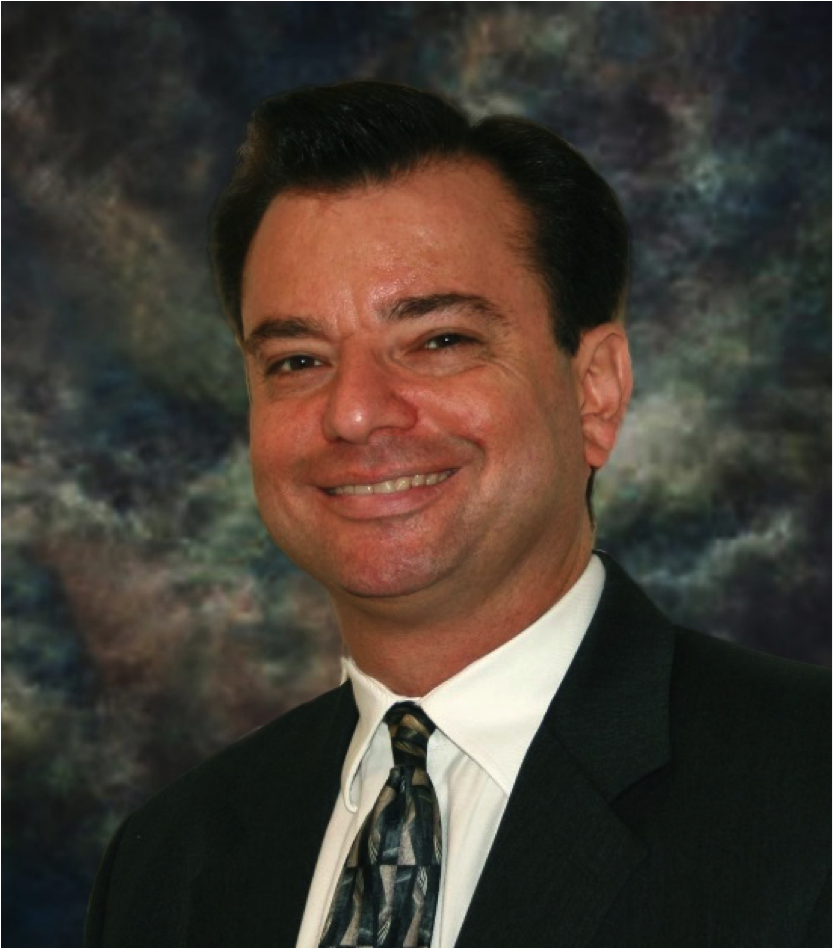 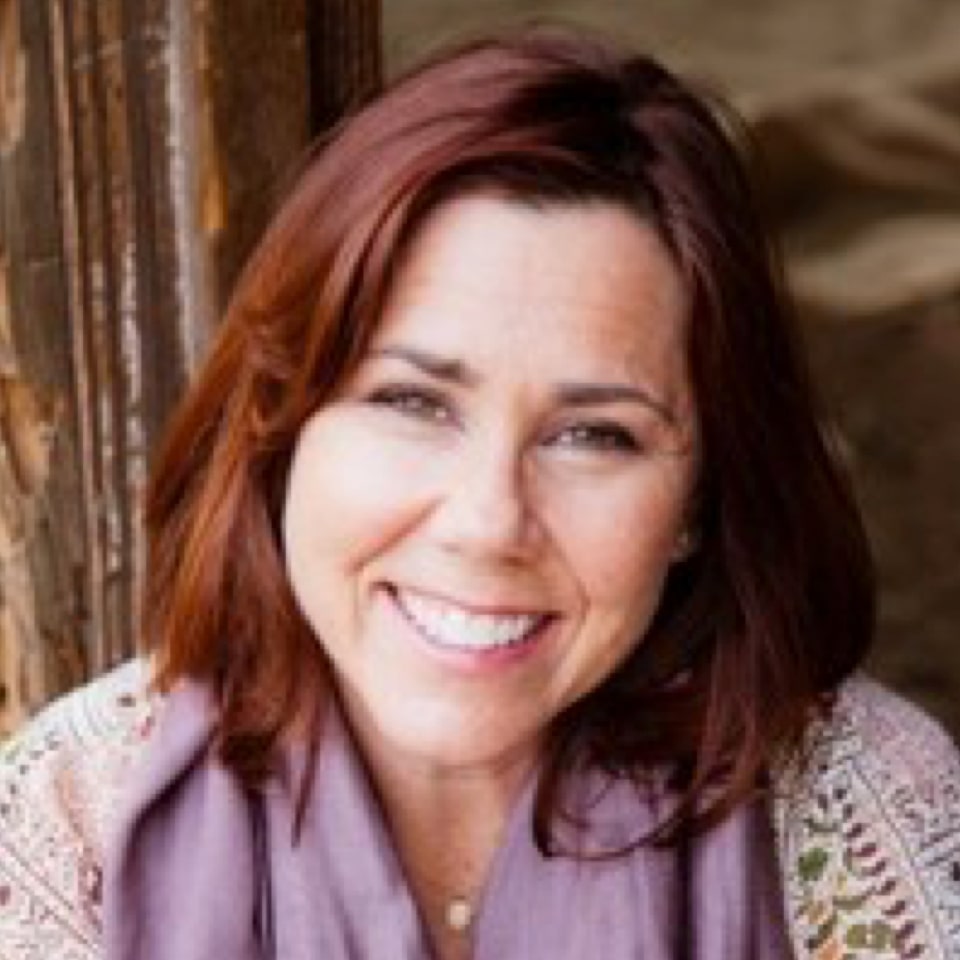 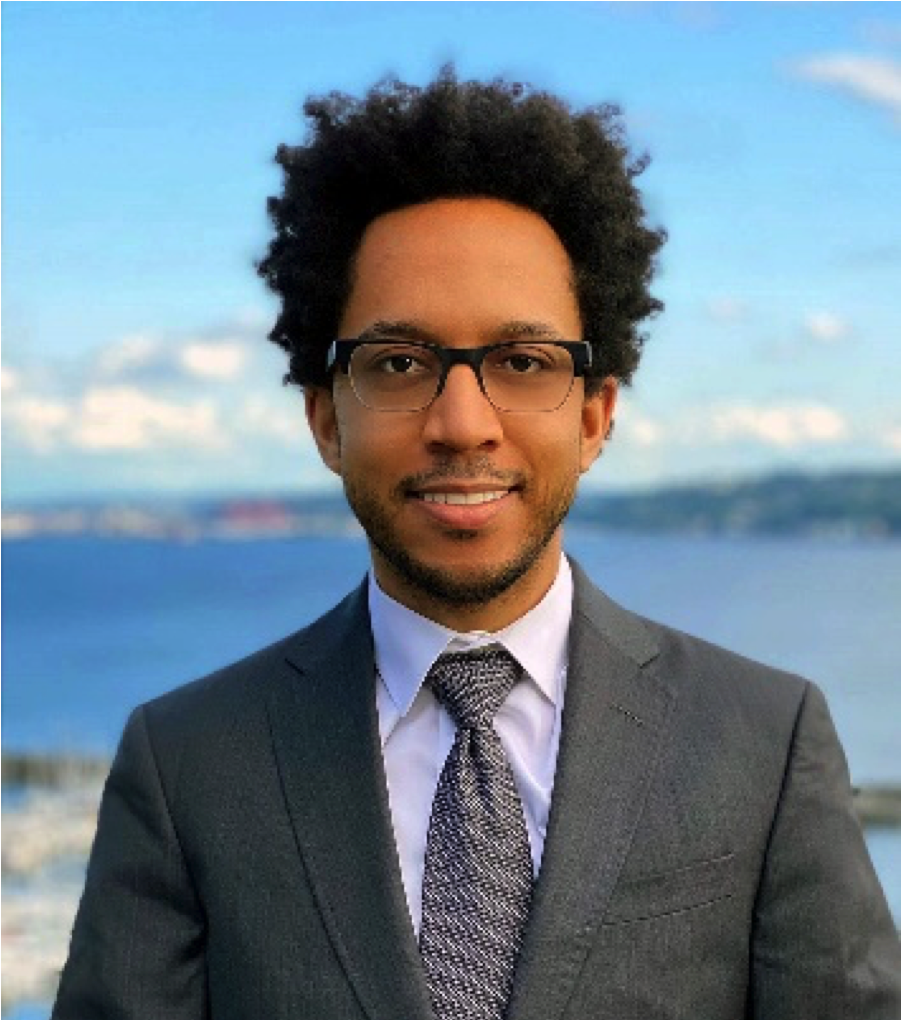 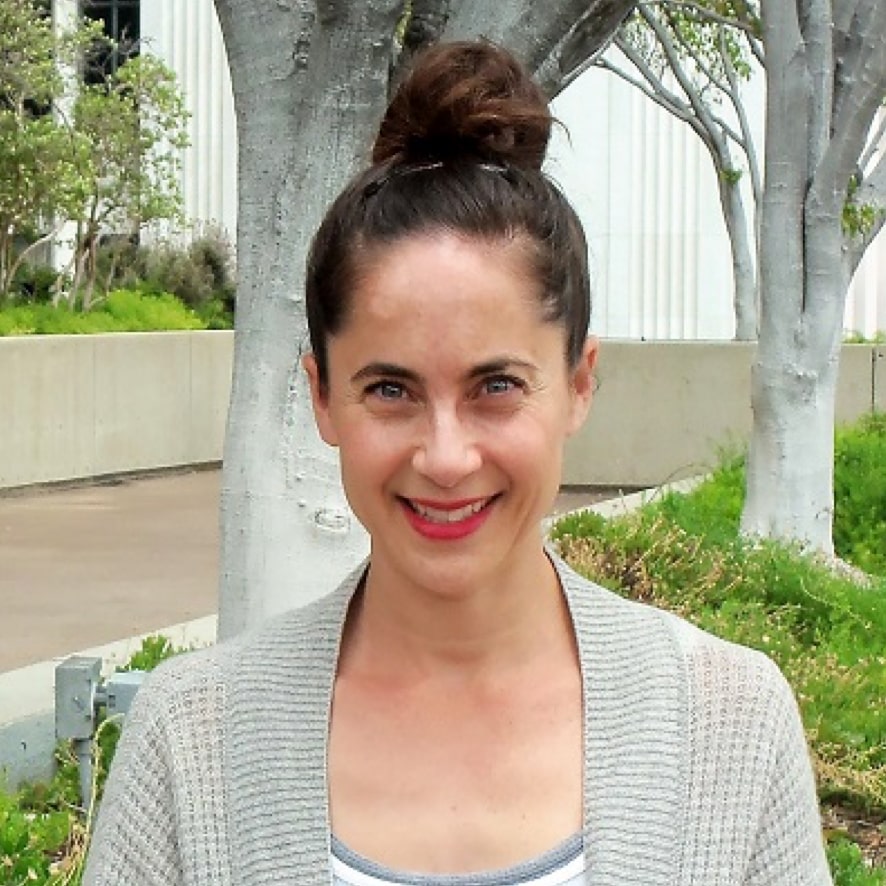 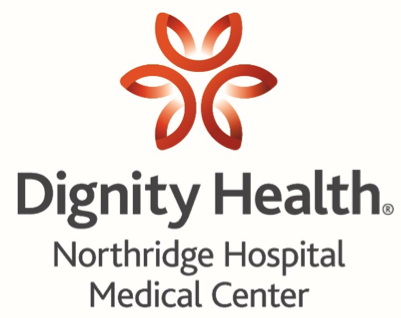 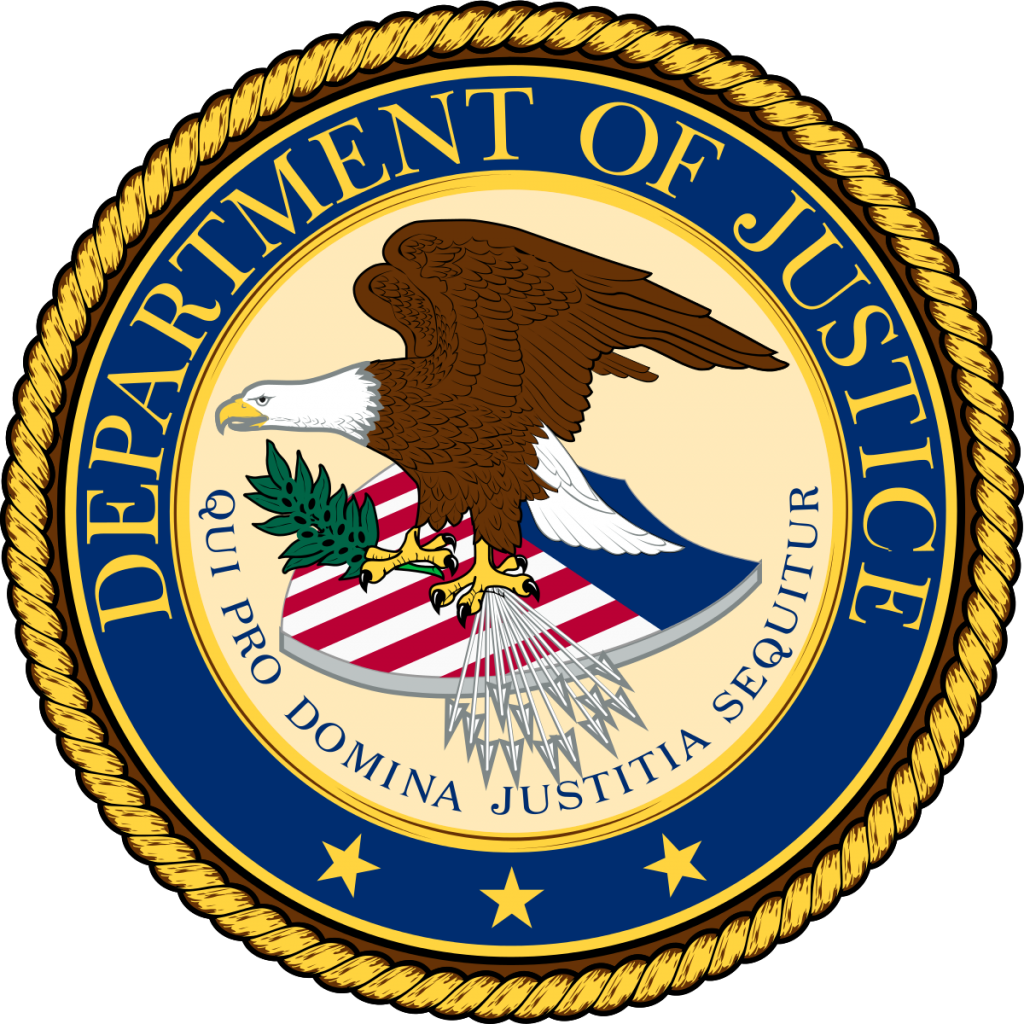 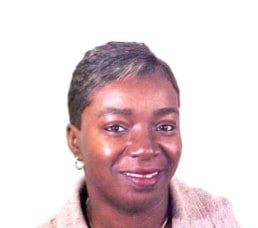 Download your favorite background and use it during our panel sessions. 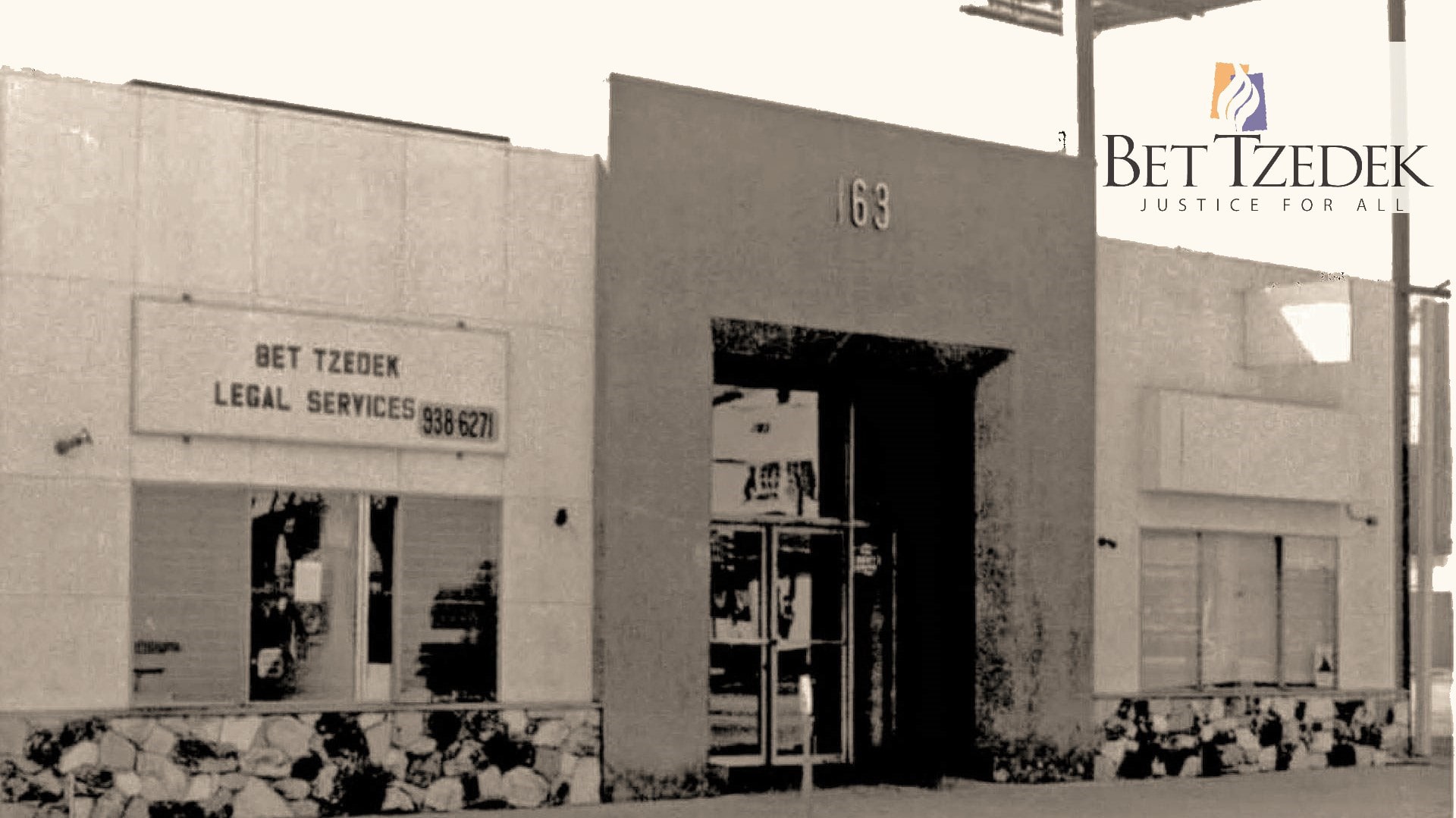 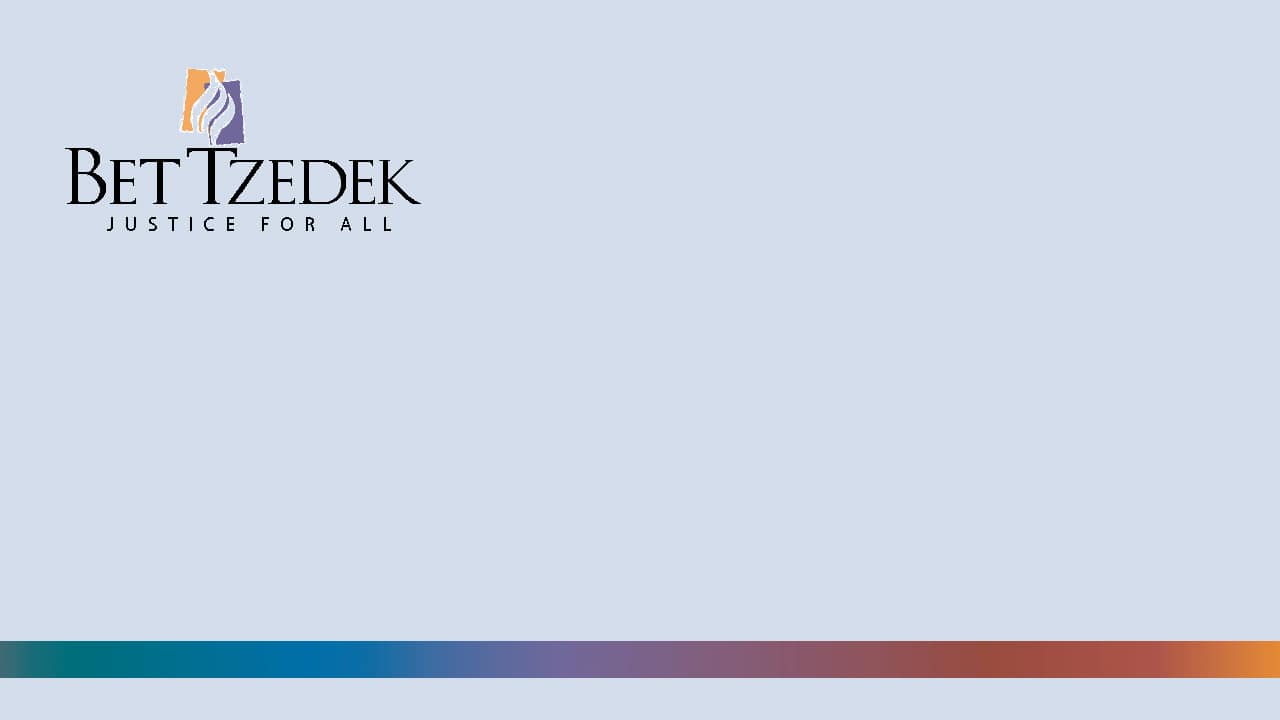 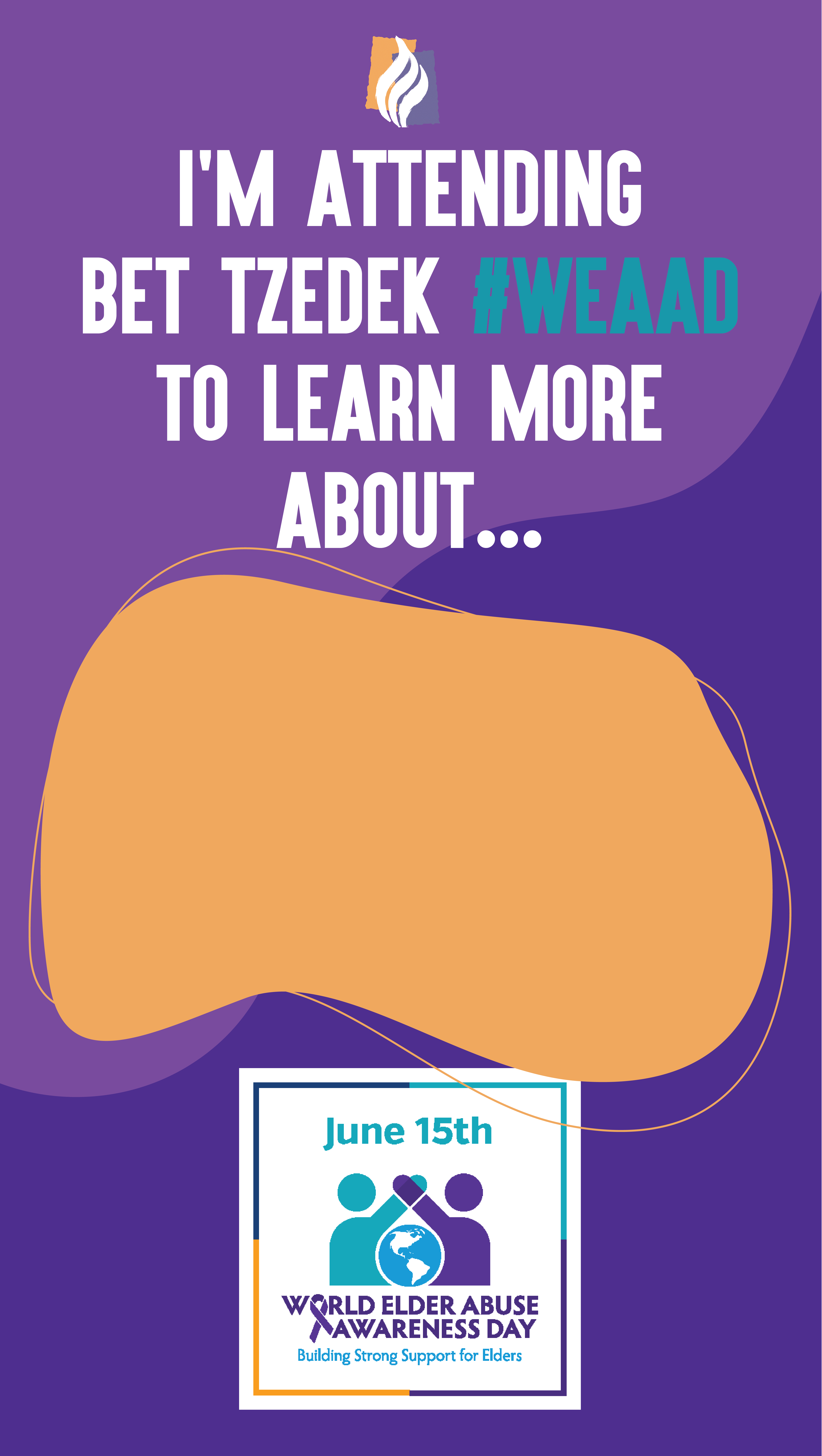 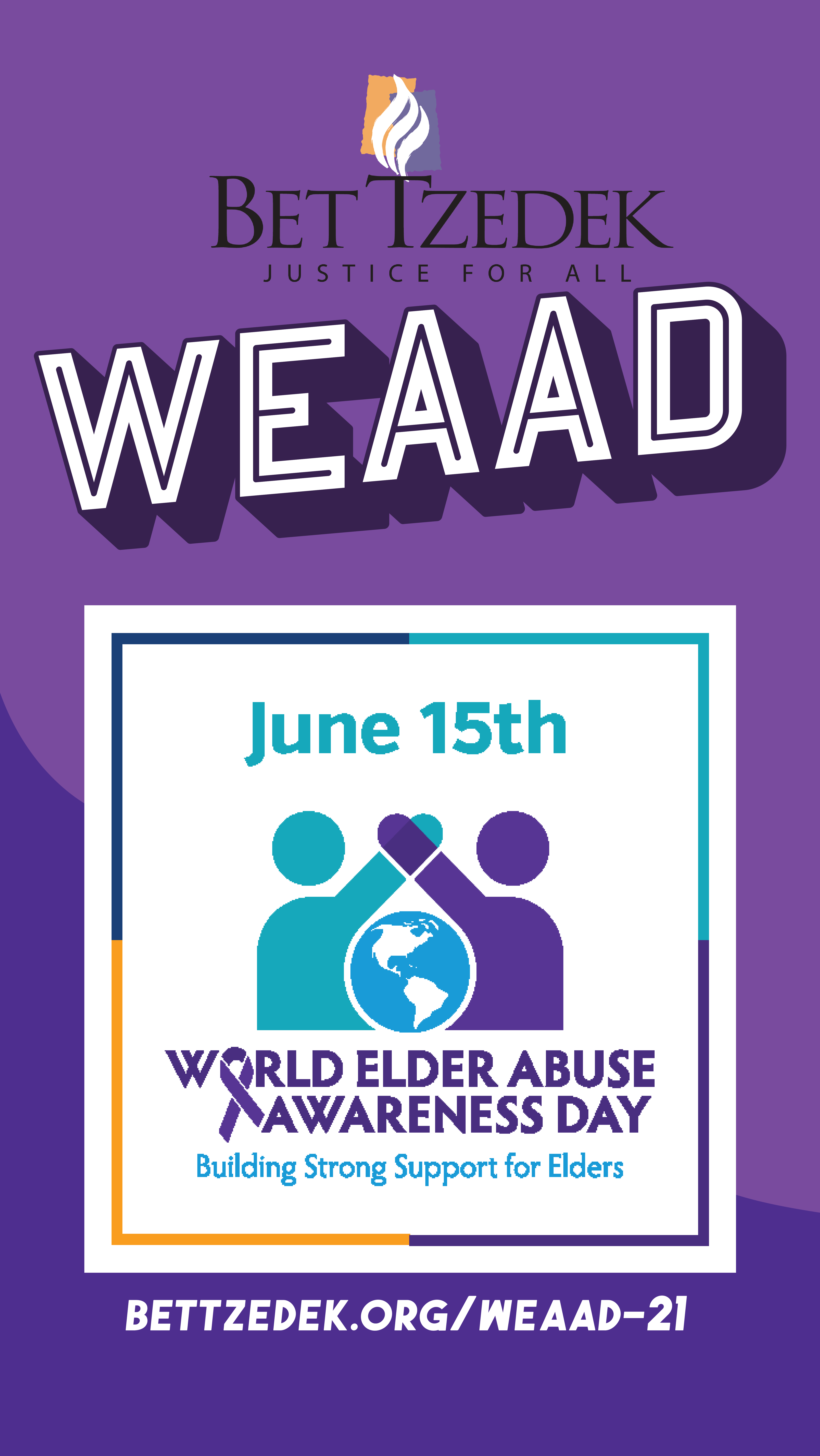 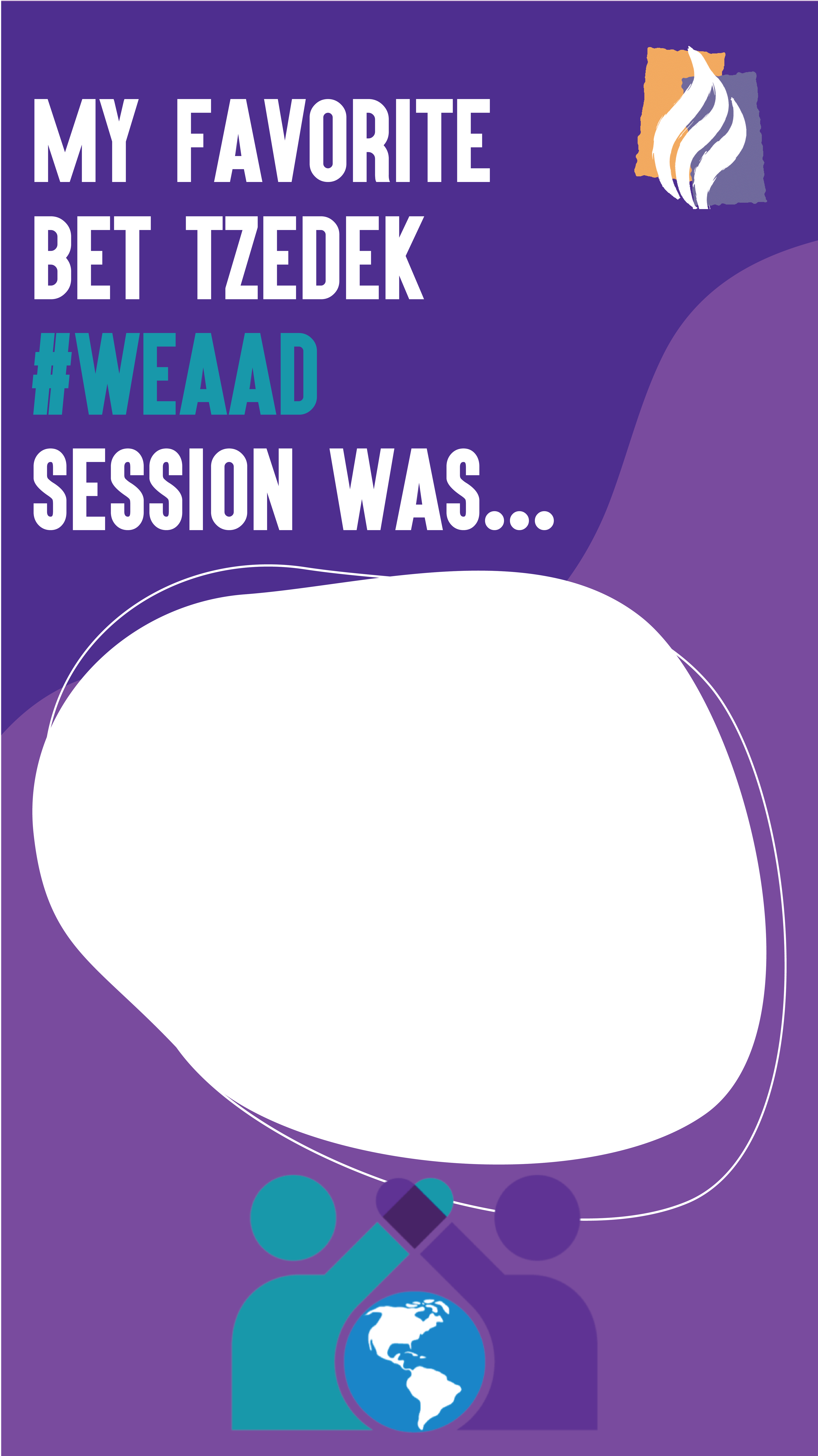 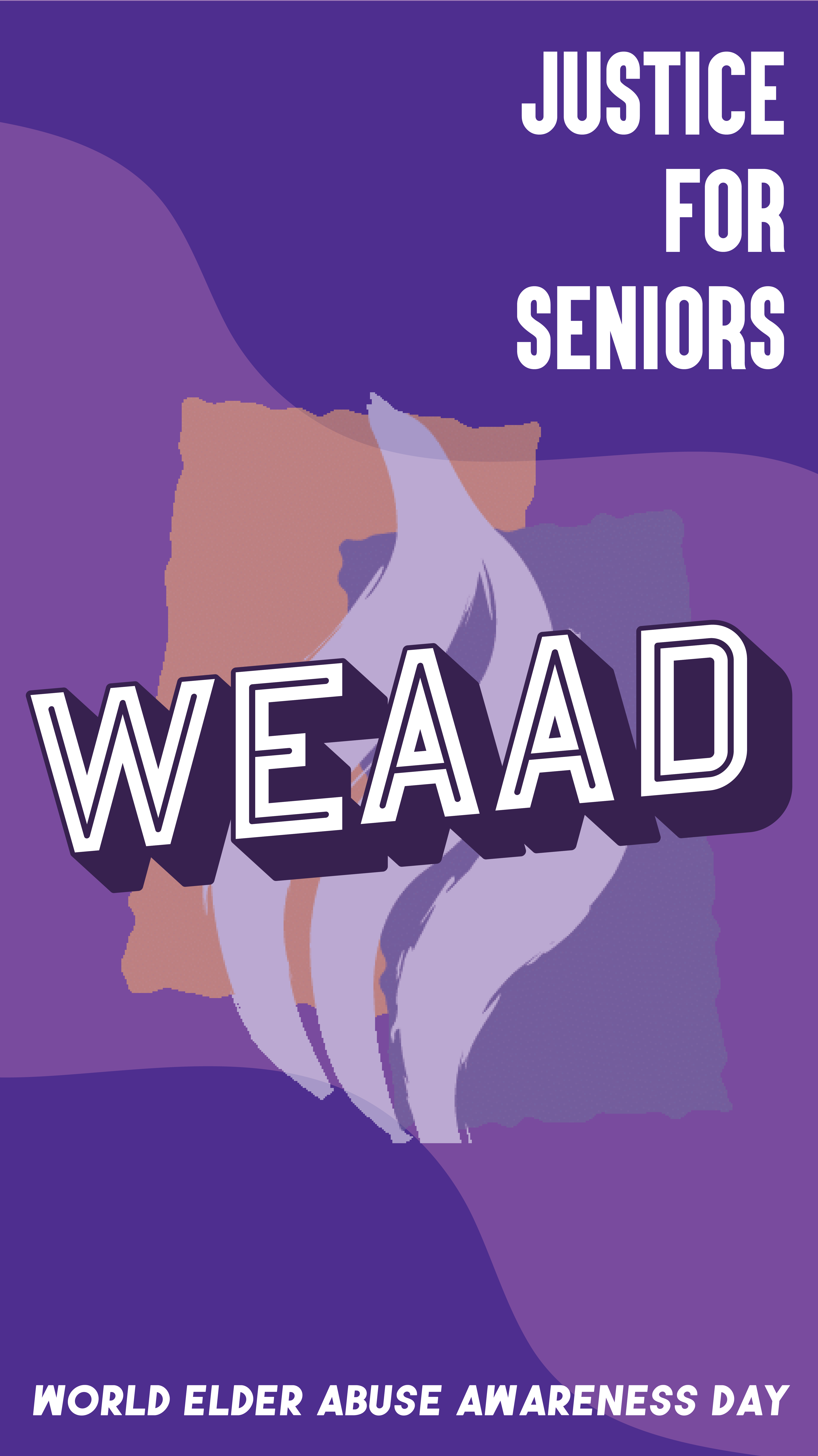 All sessions will be recorded EXCEPT FOR sessions led by Assistant US Attorney for the Dept. of Justice. All other recordings and relevant materials will be made available post-event.

For optimal viewing, please ensure you have downloaded the most up-to-date version of Zoom:
Desktop client or mobile app: version 5.3.0 or higher.
ChromeOS: version 5.0.0 (4241.1207) or higher 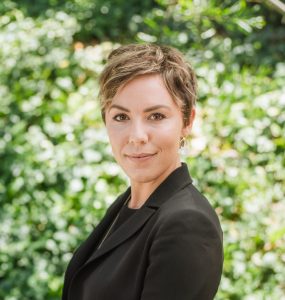 Taylor Amstutz went to Pepperdine Law School to become a more effective advocate for those whose voices need to be heard. As an Equal Justice Works Elder Justice Program Fellow at Bet Tzedek, Taylor works to empower elderly citizens through community building, self-help assistance, direct representation, and outreach. In her role as a fellow, her passion for advocacy and empowerment intersect and overlap with a too often overlooked population. 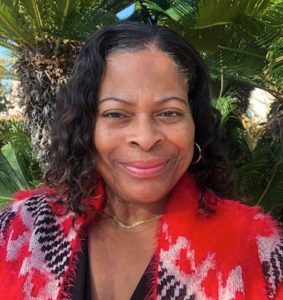 Alisa Anderson has over 30 years’ experience conducting complex, Felony Criminal Investigations, and Administrative Investigations violating the California Insurance Code, Business & Professional Code, Penal Code, and a variety of State and Federal laws and regulations. In addition, she has partially written and worked Legislation committee for SB488 Public Adjusters Reform laws in 2017, on behalf of the California Department of Insurance. She has provided public education to seniors, law enforcement, and Los Angeles County Senior facilities. She currently works as Bet Tzedek’s Elder Abuse Prevention Advocate, conducting outreach in the community, educating seniors about elder abuse, financial scams, where to seek assistance, and how to protect themselves and peers from abuse and neglect. Building and strengthening relationships with key community partners, senior centers, synagogues, County, State, social services, and APS. She recruits and supervises a cohort of senior volunteers expanding the agency’s reach in delivering outreach and education throughout Los Angeles County. Alisa collaborates with program and development staff to evaluate program efficacy. 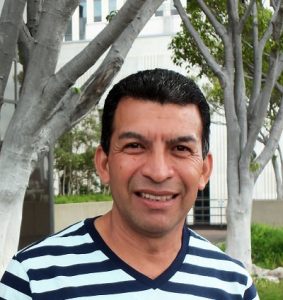 Marin Castillo-Valle is a Marriage Family Therapist who works for Bet Tzedek Legal Services as Social Worker. He has twelve-year experience of working in the social Sector area. He has also worked as a Group Facilitator, Parenting and Domestic Violence in Los Angeles County. But what makes Marin successful isn’t the mastery of social area, but how well he can make a connection with families, that he assists. He’s also good at communicating his understanding family’s needs. All of Marin’s efforts and successes have landed his attention both in the legal service area and social sectors across the Los Angeles County.

Marin graduated from Dominguez Hills University in Carson California with a Dual Bachelor’s degree in Psychology and Spanish Literature and a Master’s degree from Pacific Oaks College in Pasadena. 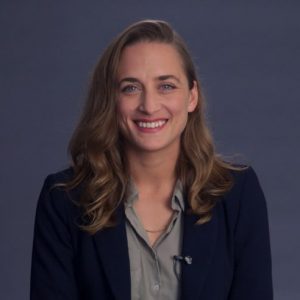 Anna Darr is the Holocaust Services Elder Law Attorney at Bet Tzedek Legal Services in Los Angeles. Her work with local survivors involves a broad array of elder law and poverty law issues, including advance planning and planning for incapacity and end of life. She works with individual survivors to draft planning documents including advance health care directives, powers of attorney for finances, and statutory wills. She also presents on these topics to the community and to others providing services for survivors, with a focus on integrating PCTI (person centered trauma informed) care into all aspects of our services. Anna also collaborates closely with the Holocaust Survivors Justice Network (HSJN) which is actively working around the country to ensure that survivors outside of Los Angeles have access to the legal assistance they need to age in dignity.

Eder Hernandez was born and raised in the San Fernando Valley in the greater Los Angeles area. He received his bachelor’s degree in political science from California State University Northridge. He has been in the field of victim advocacy for over 10 years. He started with the Victim-Witness Assistance Program soon after graduating college, and now it is the Bureau of Victim Services. He primarily served in the communities in downtown Los Angeles and the San Fernando Valley. He assisted in the specialized units of Hardcore Gangs and Elder Abuse. He currently works with the Elder Abuse Unit where he serves the northern part of Los Angeles County.

Ashley Jones has passion and empathy when it comes to assisting crime victims. Ashley studied at California State University Fresno and received her Bachelors of Science in Criminology with a specialization in Victimology. Ashley Has been with the Bureau of Victim Services since July of 2017. Ashley has worked at several courthouses assisting victims but is now housed at the George Deukmejian Courthouse in Long Beach, assisting in the Elder Abuse unit, covering the South County area. 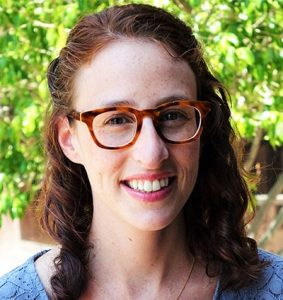 Dani Kaiserman is a Staff Attorney in the Elder Justice Unit at Bet Tzedek Legal Services. She specializes in financial elder abuse, assisting victims and educating consumers about financial scams. In October 2017, Dani co-founded the Bet Tzedek elder abuse restraining order clinic at Stanley Mosk courthouse, where she advises self-help litigants petitioning for and responding to restraining orders. Dani graduated from UCLA School of Law in May 2015 as a member of the David J. Epstein Program in Public Interest Law and Policy. Prior to law school, Dani worked as the program manager at the National Academy on an Aging Society, a non-profit in Washington DC that focuses on aging policy. 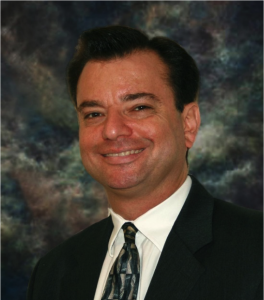 David Kochen has been employed with Los Angeles County for over 31 years. For the past 22 years, Mr. Kochen has worked as a Human Services Administrator with the Los Angeles County Adult Protective Services (APS) Program and Planning Division of the Workforce Development, Aging & Community Services Department. In this capacity, Mr. Kochen has developed policies and procedures to be used by the department’s Social Workers in their interactions with seniors and dependent adults, based on California State’s laws and statutes. He also drafts and monitors Interdepartmental Agreements with other County departments, and has served on a committee with his counterparts from other California County APS agencies to discuss issues such as legislation, budgets, training, and other topics which impact APS operations. Mr. Kochen has made numerous presentations to delegations from other states and countries, has appeared at community outreach events, and has been interviewed for radio and television programs such as the long-running Lifestyle Magazine. These appearances have served the purpose of educating the public about elder and dependent adult abuse, as well as the services provided by APS. Mr. Kochen has a Bachelor of Arts degree in English from Princeton University, as well as a Masters of Science degree in Public Administration from California State University, Los Angeles. Mr. Kochen’s dedication and commitment to the older adult population have been recognized by community partners and peers alike. 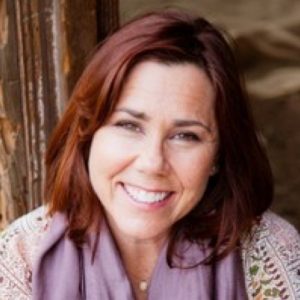 Ginger Perini, M.A., has been a Long Term Care Ombudsman for eight years in both Colorado and California. She has been with the WISE & Healthy Aging LTC Ombudsman Program for five years and is currently the Ombudsman Regional Manager in the Van Nuys office, covering all Skilled Nursing Facilities and Assisted Living Facilities in the San Fernando Valley. Ginger’s role as an Ombudsman it to advocate for the rights, well-being, safety and quality of care of all residents, and investigate cases of elder abuse and neglect in Skilled Nursing Facilities and Assisted Living Facilities. Ginger received her Bachelor of Arts in Social Science from California State University, Chico and received her Master of Arts in Sociology from California State University, Northridge. 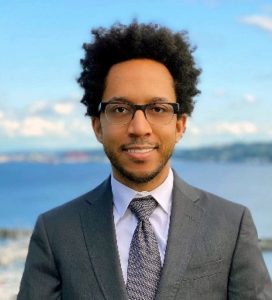 Archie Roundtree, Jr. is an Equal Justice Works Fellow in the Elder Justice Program at Bet Tzedek Legal Services. He advocates for seniors as a member of the Justice for Seniors: Abuse & Fraud and Impact Litigation units. Archie preserves senior homeownership and home equity by providing coordinated, comprehensive legal services to senior homeowners who are victims of fraud and elder abuse. In addition, he conducts presentations on fraud impacting senior homeowners, home equity protections, crime victims’ rights, civil legal options (e.g. administrative complaints, criminal charges, and affirmative litigation), and social service resources. Archie is committed to supporting underserved communities through outreach activities and advocacy. Archie’s passion for equal justice is rooted in his volunteer work with inner-city youth in the community and in juvenile justice detention facilities during his undergraduate years. He earned his law degree from Seattle University School of Law. Archie is the author of two peer-reviewed published articles: The Inequity of the Patient Protection and Affordable Care Act: Over 4,200,000 left uninsured; and Federal Pre-emption: Flawed Analysis. 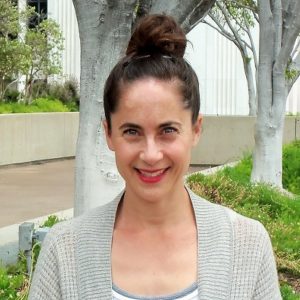 Dominique Sanz-David is an elder justice attorney with Bet Tzedek Legal Service. In her position, Dominique assists low-income, elderly and disabled clients and their caregivers with end-of-life planning, conservatorships, elder abuse litigation, and Medi-Cal estate planning. She is a member of the Los Angeles County Elder Abuse Forensic Center and supervises the elder abuse restraining order clinic held at Stanley Mosk Courthouse. Dominique earned her degrees from Pomona College and UC Hastings College of the Law. 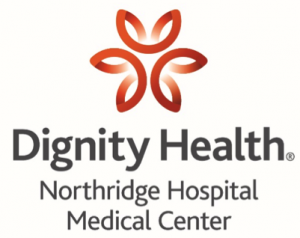 Laura Stein is the Elder Abuse Prevention Enhanced Multidisciplinary Team (EMDT) Program Coordinator at Dignity Health Northridge Hospital Medical Center, where she supports the development, implementation and operation of the San Fernando Valley EMDT program. She coordinates the work of the EMDT in the Center for Healthier Communities (CHC) department at Dignity Health. Laura began working for CHC in 2020, with a focus on investigating reports of abuse and delivering intervention-based services for older victims. Prior to this, Laura had spent her career working directly with older adults in the service field.
Laura graduated with a Bachelor of Healthcare Administration from National University in 2020 and is expected to graduate with a Masters of Public Health from National University in September 2021. 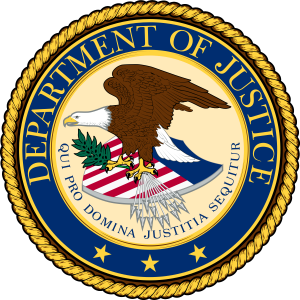 Monica E. Tait is an Assistant United States Attorney in the Major Frauds Section in Los Angeles, California, and has been an AUSA since 1999. Monica is the Elder Justice Coordinator for the Central District of California, and coordinates the district’s Transnational Elder Fraud Strike Force. Previously, she worked as a staff attorney at the Federal Trade Commission.

Tressa Thompson has served the public through the Department of Motor Vehicles for 25 years. Currently Tressa is assigned to the Senior Driver Ombudsman/Outreach Unit conducting public outreach and customer service ensuring Californians have dependable information about DMV processes while reinforcing traffic safety.

Jackie Wiley started her career with the Department of Financial Protection and Innovation (formerly the Department of Business Oversight) in the Enforcement Division in October 1999, serving on the front lines of consumer services. Since 2001, she has dedicated her work in the community, frequently speaking on topics to inform seniors on how to recognize the warning signs of financial and investment fraud and scams, mortgage/foreclosure frauds, and to help consumers of all ages in making informed financial decisions.